Awesome DVD set to own!

"While I bought my set off of Ecrater, it's the same set and seller. WB's only officially released Season 1 of this show on DVD, but in typical fashion of WB Home Video bailed on releasing the rest of the series. Thank God for this set. Nice that it comes in a case with art and disc art. The case is decent quality, and has the black Hannah Barbara design of official HB releases that match. The discs are single stacked in 2 cases. With solid enough disc art. The episodes vary in quality. But they're all very good quality & watchable. This is the one set I needed to finish my Scooby collection. I'm happy to have found this! It's a great show! Must own for any Scooby fan. This is likely the only way you'll ever get this series." William Gray - Monday, January 14, 2019 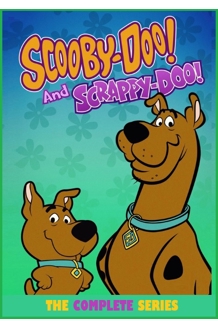